Training is no place for pretty 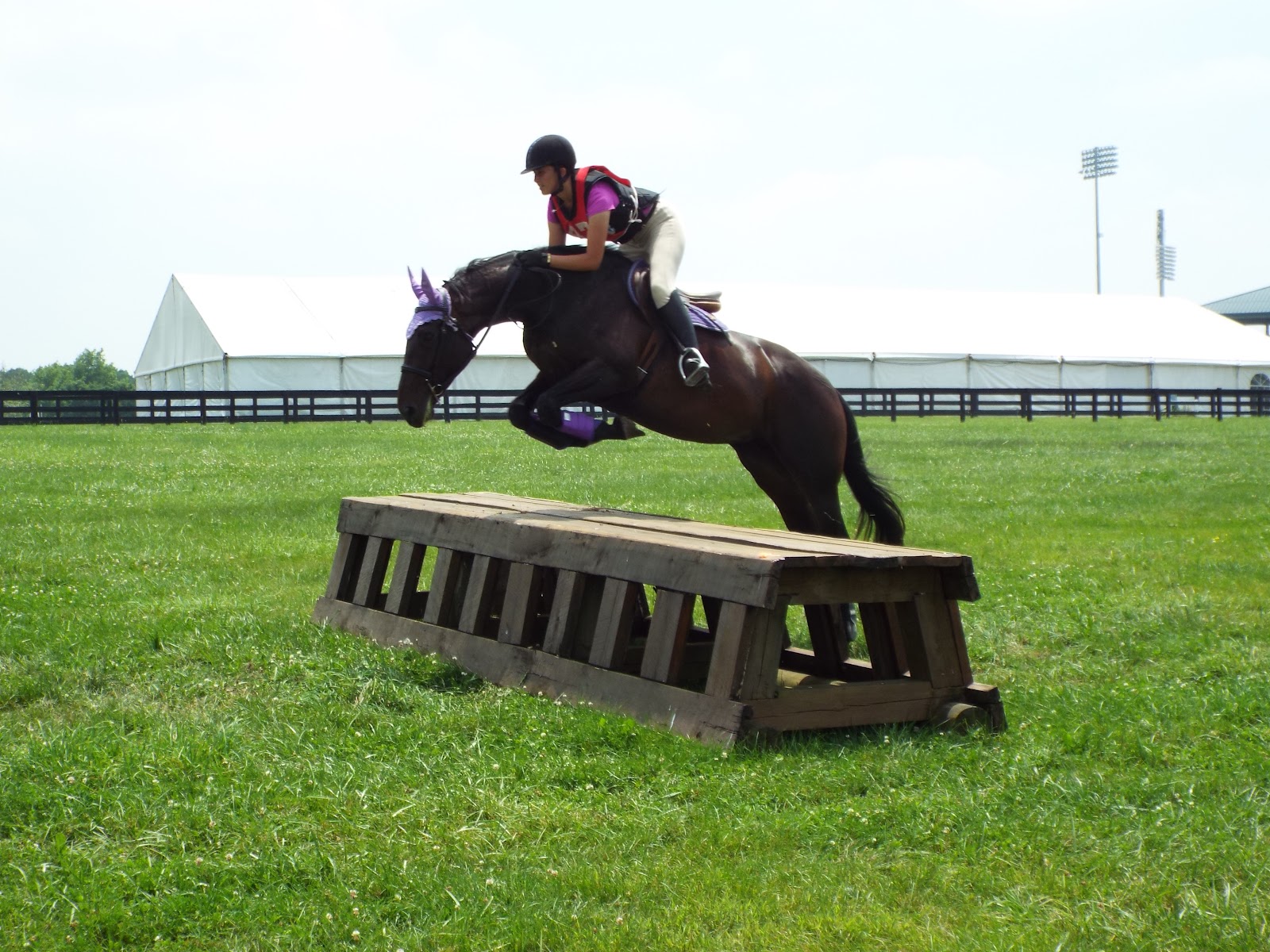 Heels down, head up, thumbs up, quiet leg, look where you're going, elbows in, shoulders back, toes in, head, hip, heel!!! Sound familiar? It's the way of the equestrian world. Any instructor who dares to call themselves such, knows these tried and true tips of the trade.

As the right hand daughter of a hunter jumper instructor who specializes in getting prospective riders started, I have heard these commands hundreds of times. I spent my early days playing in the arena dirt just absorbing the basics of how to ride a horse. From there I grew up perfecting the look of a well balanced and proper rider. I will never regret growing up hunter. It offered a clean style to my riding but it has been the hardest thing for me to let go of.

In the local hunter ring the course is always the same, line diagonal to line diagonal or vise versa in some fashion. It is fair and simple to allow the rider to show off how lovely their position is and how obedient their horse can be. The first time I set hoof in a dressage ring my position was spot on. But it was not functional. I had never learned why I did what I did. Both me and my beloved OTTB were stiff individuals. The judges comments went something like “stiff, hollow, behind bit, rushing, lacks bend, needs more preparation.”

Five years later and hundreds of eventing and dressage instructors telling me not to ride like I was on eggshells and I am beginning to understand the meaning of an independent seat. I had to learn that all of those basic phrases such as head up, heels down, and elbows back where the beginning of a beautiful thing, riding a horse, but it was not training one.

Training is completely different from riding. This is where pretty has no place. Functional does. Basics can all be functional but they have to have a thinking rider. One who knows how to use them for the better and not for the stagnant.

I took my position and began to learn how to use it. My hands learned how to move, how to ask for a bend and a softening of the jaw, they learned how and when to be firm or when to be forgiving and spongy. My hips and seat learned that they had significant control. From widening the angle of the hip for dressage to closing it for cross country. The seat found its ability to restrict or release the flow of motion and be a warning for any upcoming transitions. And my legs discovered a plethora of buttons that could ask for slowing or side passing, bending or square halts.  I have even found the more minute uses of the once perfect position. The ones where sitting a little taller than tall prepares the horse in transitions, opening my hand a little out encourages the bend, and raising my hands prompts the horse to seize any resistance.

No, training is no place for pretty. It has been a long hard learning curve in order for me to accept this. But I believe the horses who have done my training agree that though I am green I have endless potential ;D Happy riding and remember to stay functional!